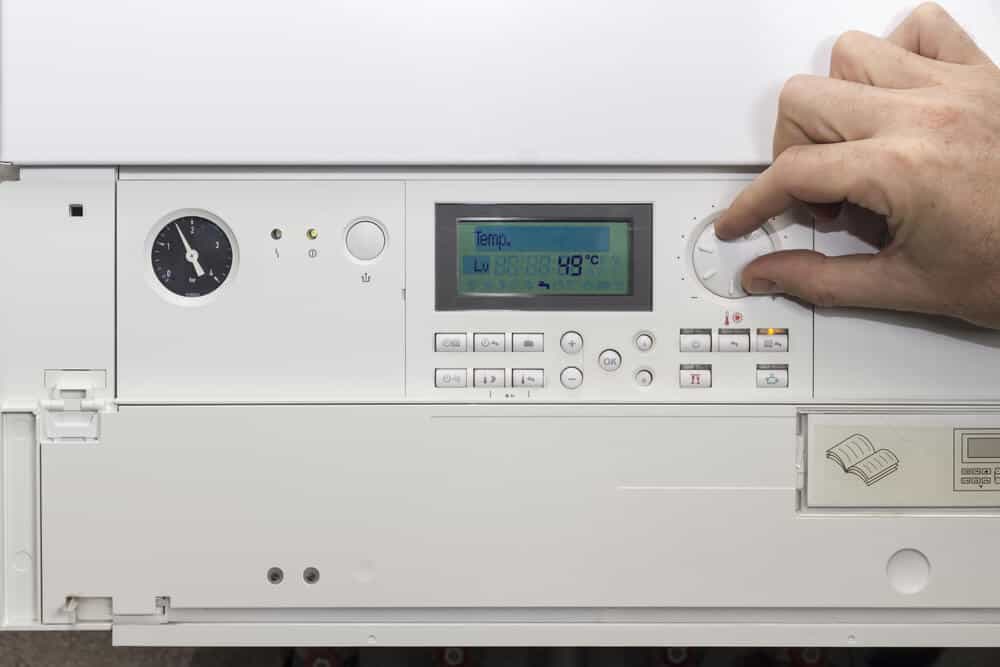 Total Boiler Services are experts in the installation, repair and servicing of all types, makes and models of condensing boilers. Contact us today on 02922 407934 to find out more.

What is the difference between a Condensing and a Non-condensing Boiler?

What is the difference between a Combi and Condensing Boiler?

Will a Condensing Boiler save me money?

Statistics have shown that if everyone who currently uses a gas or oil heating system in the UK installed a high efficiency condensing boiler it would save enough fuel to heat 1.9 million homes a year, as well as reduce CO2 emissions by 6.7 million tonnes.

A condensing boiler can be up to 25% more efficient than other types of boilers and some can reach up to 99% efficiency, all of which reduce energy use and energy bills, as well as reducing carbon footprint.

Why do Condensing Boilers work so well?

To achieve maximum efficiency all types of boiler systems should be run at their lowest possible load and be ramped up and down as needed to maintain it. This results in less wear and tear on the boiler parts and components and overall system, as well as minimising the start-up losses as the pre-purge sequence runs.

How long will a Condensing Boiler last?

Boilers will typically last on average from 10 to 15 years and this includes condensing boilers. To keep your boiler operating efficiently and safely and to prolong its life span you should have it serviced by a gas safe registered engineer every 12 months.

Do I need a hot water tank with a Condensing Boiler?

A condensing combi boiler doesn’t need a hot water tank and different makes and models come in a wide range of sizes. This makes them suitable if you don’t have enough space for a water tank in your property compared to other types of boilers that do.

Does a Condensing Boiler give instant hot water?

Water is heated instantly in combi condensing boilers rather than being heated and stored in a hot water tank which makes them far more efficient than other boiler types. The hot water is delivered at mains pressure meaning you will have a powerful pressurised shower without the need for an electric shower pump.

Are all new gas and oil boilers Condensing?

The majority of new modern boilers are highly efficient condensing boilers. If you are thinking of changing your boiler always use a gas safe registered and experienced boiler company like Total boiler Services. We will come out to your property and assess your needs and layout to advise you of the best boiler type and solution for you and your business.

Advantages of a Condensing Boiler 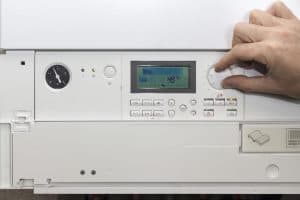 Highly Efficient
A condensing boiler is highly efficient, saving you money on fuel and energy costs. By recycling waste gases back into its system it can have between 90% and 99% energy efficiency compared to a traditional boiler which is typically between 70-80%. As well as its insulated design meaning less air and gases escape.

Sustainable & Environmentally Friendly
A condensing boiler’s large heat exchanger recycles the waste gases back into its system generating heat from otherwise wasted gas, making it much more environmentally friendly than traditional non-condensing boilers. This makes them between 90 and 99% efficient resulting in lower energy costs and a lower carbon footprint.

Safety Aspects
Modern condensing boilers are fully sealed and rather than take air from inside a room like a non-condensing boiler they take it from outside using a flue. The system’s sealed design increases its safety as there is a reduced chance of anything being sucked into the boiler systems parts and components which can cause gas leaks and much more.

Reduced Energy Costs
Their average of 90% energy efficiency from their sealed design and waste gases being reused mean energy costs are reduced, sometimes by up to 25%.

Easy installation
The installation process of a condensing boiler is less compared to some other types of boiler systems largely down to there being no required for a water tank and pipework to be fitted.

Wireless features
Most modern condensing boilers can now be connected to your smart meter meaning you can monitor and control your heating and hot water from wherever you are. This is not only convenient but helps to reduce your energy bills at the same time.

Disadvantages of a Condensing Boiler?

There really aren’t many disadvantages to condensing boilers, however, they can be susceptible to the external pipe which leads from the boiler outside inside freezing which will stop the boiler from working when you most need it. Warm water poured over the pipe can fix this as long as the ice hasn’t already cracked the pipework. It is however easily prevented by the outside pipe being insulated before this happens.

What are the regulations for Condensing Boilers?

In April 2005, the Government made it mandatory for all new gas boilers to be condensing boilers due to their average 90% efficiency resulting in lower energy use and a reduction in our carbon footprint. As from 1st April 2007, the same rule was then applied for all oil boilers. These changes came about in response to the huge amount of carbon emissions being produced by the UK all contributing to climate change.

How do you know if you need a new Boiler?

There are many signs that a commercial boiler may need replacing or just repairing and issues can often be identified before it breaks down completely. This can save you and your business a huge amount of downtime and money. The signs can include;

Total Boiler Services are experts in all makes and models of boilers including condensing boilers for commercial use. We have a team of qualified and experienced gas certified and registered engineers and plumbers. We will come out to your property and assess your existing boiler and make recommendations on any improvement or upgrades that can be made or we will let you know if a new system is required.

We provide a full consultancy service to advise you on the industries most up to date and state-of-the-art energy-efficient and cost-saving products. Our team will plan and design it in accordance with your business or properties requirements and needs and we will project manage it from start to finish, including the decommissioning of any older systems, installation, testing and compliance sign off, along with planned aftercare.

Contact us on 02922 407934 today to find out about our condensing boiler installations, repairs and servicing services in Wales and the South West and we can arrange an appointment for you to suit your needs.